Paul S. George is the Resident Historian at the HistoryMiami Museum, a Smithsonian Affiliate in downtown Miami. A native Miamian, Dr. George is a graduate of Miami Dade Community College and the University of Miami. He holds a Masters and a doctoral degree in history from Florida State University. A former college professor, Dr. George has taught at several universities and colleges, including Florida State University, Florida A & M University, Florida Atlantic University, and the University of Miami. From 1991 to 2016 he was a history professor at Miami-Dade College. 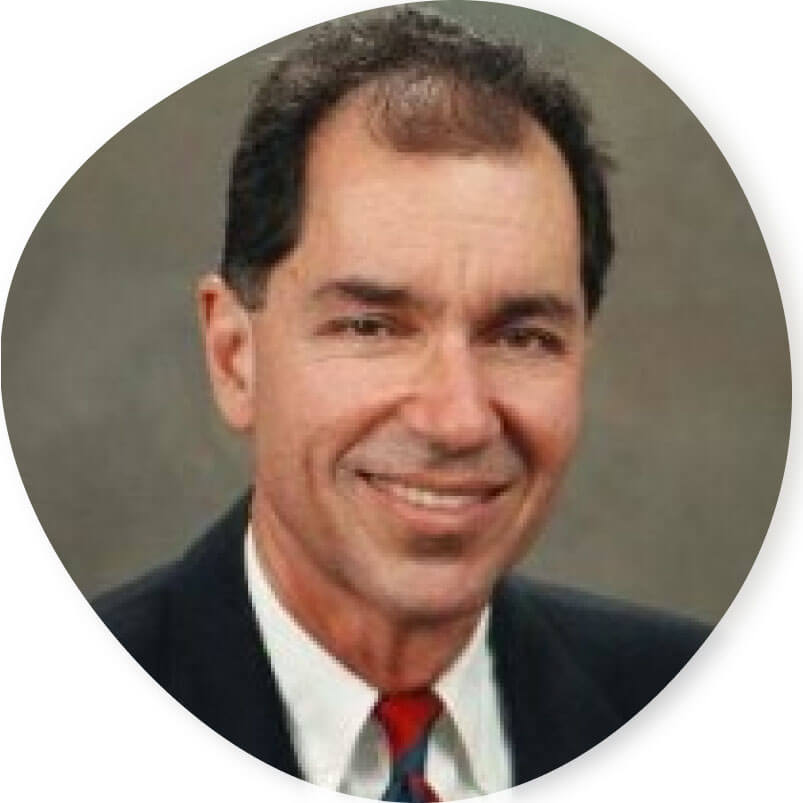 Dr. George has authored fifteen books, nearly two hundred articles, book reviews, columns, and numerous unpublished manuscripts. Two of the books have won awards. He also served as editor of three books. He has served as President of the Florida Historical Society, Vice Chairman of the City of Miami’s Heritage Conservation Board (1984-1987), Director of the Historic Broward County Preservation Board, President of the Louis Wolfson II Florida Moving Image Archive, and currently serves as a member of Metro Dade County’s Preservation Board (1997-present). Since 2011, he has written a monthly photo essay column for Biscayne Times. Since 2019, he has penned a monthly history column for Miami Community Newspapers. He has been editor of Tequesta, the scholarly journal of the HistoryMiami Museum, since 1995.

In 2002, the Florida Historical Society recognized Tequesta as the outstanding historical publication for the previous year. Dr, George has twice been cited as Miami’s outstanding historian by Miami New Times. The same publication anointed him, in its Best of Miami issue for 2009, “Best Know It All,” and in 2011 branded him “Mr. Miami History.” Miami Today featured him as a Newsmaker in December 1991. Again, in July 2020, he was featured as a Newsmaker. The Sun Post (Miami Beach), in its “Best of 2007” issue, lauded him as its “Personal Best,” the Miami Woman’s Club honored him with its inaugural Historian of the Year award in 2008.

Dr. George has curated several historical exhibits at the HistoryMiami Museum (formerly known as Historical Association of Southern Florida), and at the Jewish Museum of Florida. He also conducts a wide variety of more than thirty history tours of Dade, Broward, and Monroe Counties. His Crime tour and boat tour the waters along Key Biscayne and Stiltsville were feted by Miami New Times, as the “Best Tours” in recent years.

Dr. George was also the narrator and a principal in a historical documentary on the Miami News/Freedom Tower created by WLRN Television. The documentary was selected as the top film in its category by the Louis Wolfson II Florida Moving Image Archives in 2004. He was the recipient in 2003 of an award from Miami-Dade County School’s Social Science Division for Excellence in that field. The University of Notre Dame Club of South Florida has feted Dr. George as its Person of the Year in 1997 with its Exemplar Award. He was recognized in 1995 as Teacher of the Year for Miami-Dade Community College, Wolfson and Inter-American campuses. Between 1997 and 2000, he held the Arthur Hertz Endowed Chair at Miami-Dade College. In 2011, he was presented the Excellence in Teaching Award for Social Science by Miami-Dade College. In 2013, MDC, Wolfson’s National Society of Leadership and Success honored Paul George as its teacher of the year for 2012-2013. In 2016, he received the Silverman Award for his work in legal and judicial history from the 11th Judicial Circuit Historical Society. In 2018, he received from the Dade Heritage Trust the Henriette Harris award for his educational contributions to South Florida. The 2018 Synergy Summit for Cultural & Heritage Tourism (Fort Lauderdale) feted Dr. George as Best Tour Guide in Southeast Florida for 2018. The Florida Association of Museum’s selected him as the recipient for its Exceptional Leadership Award for 2018. In 2019, Dr. George received the Tourism Professional of the Year Award from the Academy of Hospitality & Tourism. Also in 2019, The Coral Gables Community Foundation presented him with its Education Award. He is a member of the Archbishop Curley/Notre Dame High School Hall of Fame, as well as the Boys and Girls Clubs of Miami Hall of Fame.