Historian, Organizer
Dr. Marvin Dunn taught in the Department of Psychology at Florida International University for thirty-four years, retiring as head of the department in 2006. He was born in DeLand, Florida, and was educated in the Florida public school system. His family moved to Miami in 1951. In 1961, he earned a Bachelor of Arts degree in psychology from Morehouse College in Atlanta, Georgia. He began his career as a naval officer, serving from 1961 to 1967 aboard the aircraft carriers U.S.S Kitty Hawk and the U.S.S. Saratoga, and was the Commander of the 14th Battalion, U.S. Naval Recruit Training Command in Great Lakes, Illinois. While still on active duty he studied at Roosevelt University in Chicago, Illinois and received a Masters degree in education administration and supervision in 1965. In 1972, Dr. Dunn earned a Ph. D in psychology from the University of Tennessee at Knoxville. 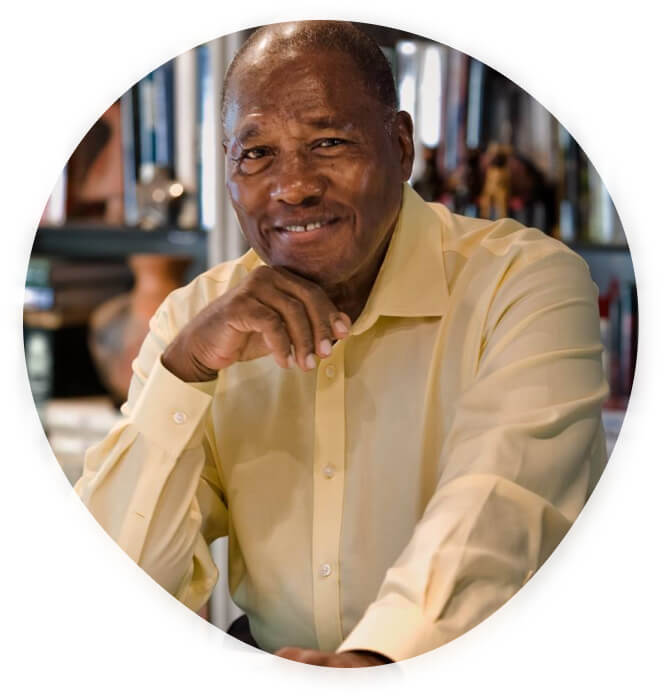 After receiving his Ph.D., Dr. Dunn became an assistant professor of psychology at Florida International University, in Miami, Florida. In that position he was a seminal influence on students working for positive social change. He began such innovative programs as the Cultural and Human Interaction Center, which addressed racially motivated violence in the Dade County schools of the early 1970s. During that same period he shaped and guided the Institute on Sexism and Racism at Florida International University. In 1981, he founded the Academy for Community Education, an innovative program which addressed the needs of youth at risk of becoming school dropouts. He served as the school’s principal for fifteen years while continuing his duties at the university. His first book, a co-authored work with Bruce Porter, The Miami Riots of 1980: Crossing the Bounds, is the definitive work on that event.

In 1999 he designed and traveled an extensive photographic history of blacks in Florida with a grant from the Florida Humanities Council. This exhibit is still being widely circulated in Florida. He has also developed Florida black history photographic exhibits for Florida International University and for Camillus House’s Brownsville Christian Community Center, which was Miami’s Negro hospital in the days of segregation. His book, Black Miami in the Twentieth Century, was published in 1997. It is the only comprehensive history of the presence of blacks in Miami. His lastt book, The Beast in Florida: A History of Anti-Black Violence was published in August 2012 by University Press of Florida.

Dr. Dunn has appeared on numerous national television programs including several appearances on the CBS, NBC and ABC evening news programs as well as on CNN, Fox News, the BBC, The Today Show, Good Morning America, Black Entertainment Television, The MacNeil/Lehrer News Hour, and Nightline. Dr. Dunn has also written articles for many newspapers including, the Miami Herald, the Orlando Sentinel, the St Petersburg Times, the Los Angeles Times, the Washington Post, and the New York Times. He has directed three documentary films, Black Seminoles in the Bahamas: The Red Bays Story, Murder on the Suwannee River: The Willie James Howard Story and Rosewood Uncovered. Dr. Dunn is currently serving as Scholar-in-Residence for Camillus House of Miami. He is also founder of the non-profit organization, Roots in the City, which hires indigent people to develop community gardens in Miami inner-city areas.