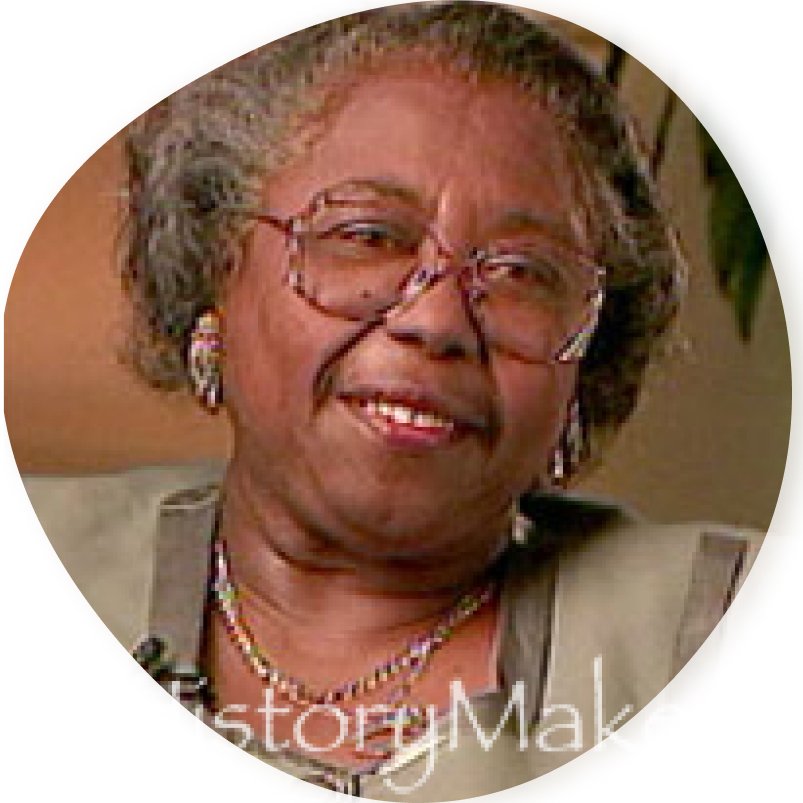 She also received an Honorary Doctorate Degree in Humane Letters from Talladega College. She wrote “Fifth Court Revisited” for Miami South Florida Magazine in 1982 and “Overtown was My Town” in Miami the American Crossroad by Arva Moore Parks and Greg Bush. She conducted the African American Research for Burials in the City Cemetery, 1896-1990; was featured in Miami in Our Own Words, by the Miami Herald; Profiles of Miami by the University of Miami; and has been a columnist for The Miami Times. She produced the television program Resurrection: Blacks Buried in the City Cemetery for Channel 35 and a twelve part series on Historical Perspectives of Brownsville for Channel 17. She wrote a chapter in Miami’s Historic Neighborhoods entitled “Brownsville.” She has appeared in several documentaries about Miami’s history including Golden Side of the Tracts, a new film Documentary about “Overtown” where she was born, which was directed by David Weintraub. More recently she appeared in a Documentary about Dr. Martin Luther King, Jr. and his visits to Miami, Florida, by WLRN and directed by Mia Lorenzo. She produced a documentary on the Hampton House that has been shown by WLRN. She was featured in a television program by Calvin Hughes of Channel 10.The program brought Enid and Barbara Zohlman together as Barbara recognized Enid’s mother, Lenora Curtis, as a nurturing person who served as a surrogate mother to Barbara as Enid’s mother worked for Barbara’s family as a maid.

She has served as the first African American president of both Dade Heritage Trust, and Natives of Dade. She led the Community in saving the Miami Circle from demolition while president of Dade Heritage Trust. This was a battle between preservationist and City officials who wanted to get tax revenues from land as a parking lot and Preservationist who wanted to preserve history. She is a founder and Charter member of The Church of The Open Door, (Congregational) United Church of Christ; and served as its first clerk; has served on the Board of Directors of the Florida Conference of the United Church of Christ for two different terms; served as a member of the Virginia Key Beach Park Trust, where she gave leadership in stopping the City of Miami from building an Ecotourist Resort on the “Colored” Beach which the City of Miami had closed in 1982, but wanted opened as a Resort in 1999. Again, she used the media to inform the public of what was going on. The Beach has since opened to the public. She has been honored by the American Society for Public Administration, (South Florida Chapter.) She served on the Executive Council, the Board of Common Services, and General Ministries of the United Church of Christ, and the Executive Board of the National Alumni Association of Talladega College. She has been honored with the “Distinguished Alumni Award” from the National Association for Equal Opportunity in Higher Education; the “Lay Woman of the Year” award from the Florida Conference of the United Church of Christ; the Community Service Award from Historic St. Agnes’ Episcopal Church and the Miami No. 1 Church of God of Prophecy; the “Essence of Quality” award from Alpha Kappa Alpha Sorority; the Southern Regional Outstanding Alumni award from the National Alumni of Talladega College; inducted into the Talladega College Hall of Fame, and the Sigma Gamma Rho Sorority Hall of Fame. She has been honored by Delta Sigma Theta Sorority, the King of Clubs, The Coalition of Women, The History Makers, The Native People of Miami, and the M. Athalie Range Cultural Arts Foundation, Inc. and appointed to the Advisory Board of “The Circle” by Florida’s Secretary of State, Katherine Harris. The Enid Curtis Pinkney Humanitarian Awards~ Luncheon was named in her honor by the Miami Talladega College Alumni Association.

She was honored by The Booker T. Washington High School Alumni Association; The Miami Dade Chapter of The Business and Professional Woman’s Club, The Bahamian Government, Congresswoman Frederica Wilson named her one of the twenty outstanding Bahamian Americans in Miami; received the Florida International University’s, Cal Kovens Award, and the Individual Distinguished Service Award from the Florida Trust of Historic Preservation.

She is Founding President/CEO of The Historic Hampton House Community Trust, Inc. where she saved the Historic Hampton House Motel from demolition by Miami Dade County, and persuaded Miami Dade County to buy the building to restore it. It is the only Motel still existing in Miami from the days of segregation. She explained to Miami- Dade Commissioners that while to them the building was eligible for demolition because it had been neglected and abandoned, but to the African-American Community it was their history. As results of her efforts, the County bought the building for $450,000.00 and it became a part of the General Obligation Bond Program for $4.7 Million. Just recently because of a need in Gap- funding, Commissioner Audrey Edmonson was successful in getting the Miami-Dade Commission to vote an additional $1.8 million of historic preservation funds for the Historic Hampton House Motel. Her method of using the media to inform the public and motivating citizens to attend city and County Commission meetings has paid off. She has written Grants for the Hampton House that has netted over one half million dollars for the organization. Miami Dade County Commission has invested ten million dollars in restoring the Historic Hampton House Motel. She is the organizer and former chair of the Lemon City Cemetery Community Corporation, where she gave leadership to the preservation of a Black abandoned Cemetery. Back in 2009 human bones were found at a construction site for affordable housing in Miami. She was called upon to give guidance to citizens who wanted to stop the developers from continuing to build on what was later determined to be a cemetery. The City of Miami had given the developers permission to build on the property not knowing that it was a Black Cemetery. The developers wanted to remove the remains to a recognized Cemetery so they could continue to build as planned, but the citizens did not want the bodies re-interred in a different cemetery. The Lemon City Cemetery Community Corporation resolved the problem by permitting one building that was sixty percent completed to be completed on the site and changing the location of plans for two additional buildings that were planned for the site to a different location. In addition, the developers and the owners of the property which was the Y. M. C. A. agreed to maintain a Memorial Garden and provide a monument to the 523 people that were buried in the Lemon City Cemetery. The Memorial Garden and Monument were dedicated on February 15, 2011. On November 16, 2012 Dr. Pinkney led a Re-interment Service at the Lemon City Cemetery where the human bones that were unearthed in 2009 were re-buried.

Dr. Pinkney is past chair of the Lemon City Cemetery Community Corporation which sponsors a woman’s History Luncheon, Essay Contest for school children, the Handel’s Messiah Concert, a Commemorative Service and Youth Talent on Parade as a yearly project. She is a founder of The Fruits of the Saints; a former member of The Miami Dade Historic Preservation Board; Gamma Delta Sigma Chapter of Sigma Gamma Rho Sorority; and past President of the Brownsville Neighborhood Civic Association. She received the Peter H. Brink National Award for the Individual Outstanding Achievement in Historic Preservation at the National Conference of Historic Preservation in Spokane, Washington on November 2, 2012.

She is the widow of Frank Pinkney, Jr.

Comments about the Past and Future of the African American Community

“We have come over a way that with tears has been watered.” Our celebration and respect of our past and the sacrifices that were made for our freedom leaves much to be desired. We need to do a better job of passing on our heritage to younger generations. We have a great history and have accomplished much. Our younger generation needs intense education of our past, so that they will understand upon whose shoulders they stand, as they set goals of achievement for themselves. This will help them to build self -confidence and realize that they too have a contribution to formulate to their community, state, and country. This land is our land, and we should try to make it a better place.”